Every once in a while there comes a movie that is timeless, no matter how many things in the film that can date it. This is one of those movies that is really just a feel good time, the kind of movie that you can enjoy without feeling guilty about it. That’s right, it’s a movie about women standing up for themselves and fighting back against the patriarchy in a hilariously over the top manner. What adds to this is that it effortlessly passes the Bechdel Test once the gals realize they don’t just need to argue over the all important man in the cast. And considering the subject matter, this is a feat in and of itself.

John Tucker Must Die is a hilarious extravaganza starring Brittany Snow as Kate Spencer who has grown so used to her mother’s way of doing things that she calls all of the men her mother Lori, played by Jenny McCarthy, dates by the apt nickname of “Skip.” They look at her weirdly until they end up skipping out on Lori, prompting her to eat an entire tub of ice cream and move them to a new city. This, unfortunately, has left Kate with almost no presence in life, nobody notices her, talks to her, or takes the time to befriend her and she does her best to stay in the background, knowing that just around the corner is another Skip.

Of course, this being a movie, her life takes a definite abrupt turn when they move to the suburbs in Portland, Oregon. Kate, now a senior, is thrown into a “tousle” when three young women in her school realize that they are all “dating” John Tucker (Jesse Metcalfe). The ladies in question are head cheerleader Heather Straham (Ashanti of music fame), pot- 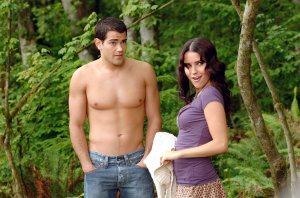 enthused animal rights activist Beth McIntyre (Sophia Bush of One Tree Hill), and the overactive school ASB President (Possibly, who knows she’s involved in literally everything) Carrie Schaeffer (Arielle Kebbel of The Vampire Diaries). John Tucker’s MO is to date hot women from different cliques so that they never even suspect that they’re being cheated on, because there’s almost no way in hell that they’ll ever speak to each other. This, also being a movie, takes the plot and tosses it into a great big ball of fire when John Tucker accidentally gives one of the gym teachers a heart attack with his hot kindness and the three gals, and Kate, are put into the same gym class, discover the truth, and get themselves (and Kate) thrown into detention. 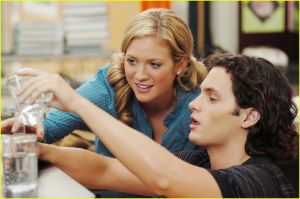 Enter The Other Tucker, Scott (Penn Badgley of GOSSIP GIRL!) who displays actual interest in Kate and shares some of her hobbies and likes. However, when the three lovely ladies enter the scene the movie is thrown into a cyclone of puns, plots, and phony romance as Kate accidentally tells them to get even with John Tucker for how he’s treated them. They

take Kate’s idea and run with it, first attempting to do this themselves with cheap plots and tricks involving estrogen and a photo shoot for herpes only result in making him more popular than ever and he eventually breaks up with all three of them. 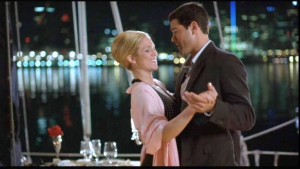 This prompts them to take drastic maneuvers against John Tucker and they deploy Kate to make him do the one thing he has never done before; fall in love.

John Tucker Must Die is one of my all-time favorite movies, featuring a cast of likeable actors and some zany schemes. It’s funny, entertaining, and includes a great moral at the end (which John may have missed the mark on). In the end, this is a movie that I assure you will enjoy if you haven’t seen it, and you’ll enjoy it if you’re watching it again. So sit back, pop that corn, crack the cola, and throw in some M&M’s for good measure!