It may not seem like a deconstruction at first, if only because it manages to play many of its mythos straight, but at the same time it manages to change so many of them that adaptation just doesn’t have the same ring to it. 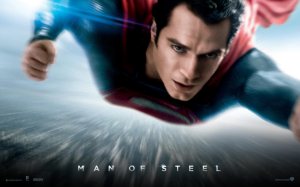 Man of Steel is a deconstruction of Superman, at its core. Everyone knows who and what Superman is. He is the pinnacle of good, he helps everyone he can, he has absolute control over his ability, and he is in love with Lois Lane for explainable reasons. Over the course of this film there are many aspects of Superman that are explored, and that we expect to be explored in an adaptation of Superman. For one, we expect Krypton to explode, for Kal El to travel space until he crash lands on Earth during a meteor storm, for the Kents to find and raise him rather than sell him for spare parts, and for them to raise ‘Clark’ (Henry Cavill)  as a normal human being.

Seeing as how they glossed over his years as Superboy and still managed to kill of an important person in Clark’s life, Man of Steel managed to hit all of the highlights of Clark’s youth. They just went about it a lot differently. Rather than supporting Clark from the beginning, Jonathan fears what might happen to Clark if anyone were to discover he was an alien and so even after revealing this information to Clark, he tells his son not to use his powers. Of course things conspire against the Kent’s and, because they live in Kansas, a tornado happens upon them one day and… oh, well there goes Jonathan Kent because he wouldn’t send his son who (mind you wouldn’t of needed his powers to move faster than Jonathan) to save the dog and then…. Then just stands there. At least Smallville had the decency to give him a heart attack after letting him win a Senatorial election.

From there Clark grows up as a nomad, when the U.S. military finds a Kryptonian space ship and, us being U.S., we investigate it! For some reason Lois Lane is here at a top secret military operation even though she’s a reporter and her job is to report on… well everything. Why would you have a reporter at a top secret military outpost…? Why? I mean seriously? I know Lois Lane (played by Amy Adams who, incidentally, was in episode of Smallville before Enchanted happened and fame became overnight for her) is a military brat but I really, really hope that personal string pulling doesn’t reach this far. I mean… this is the military and they can’t prevent the media from showing up?

Herein enters another change, Lois Lane meets Superman and, being a reporter manages to deduce precisely who he is by actually doing her job with some semblance of investigative skill and intelligence. Who would have thought? So falls away a typical part of the Superman mythos, the Lois Lane-Clark Kent-Superman love triangle is thankfully forgotten about.

Possibly one of the biggest changes, though, and the one most complained about, is the final battle against Zod (Michael Shannon) which results in untold casualties (by which I mean literally, we aren’t told the number of casualties in Metropolis alone, but considering how many skyscrapers came crashing down it’s clear that here were at least several hundred). Superman is known for not killing people, at all, and not only does he indirectly kill a lot of people, he directly kills Zod. It is an interesting change, and with a sequel on the way (which has managed to jam pack almost the entire Justice League) we’ll see how things go.

With Kevin Costner and Diane Lane as Jonathan and Martha Kent, Russel Crowe as Jor-El, Christopher Meloni as Colonel Nathan Hardy, and Laurence Fishburne as Perry White the film features an ensemble of powerful actors in supporting roles that flesh out the film in different ways. Some were better than others, but all in all they helped make the film more interesting amidst the changes.

At least Wonder Woman is finally going to debut in film and we’ll finally get to rub Aquaman from Super Friends from our memories!